During the 1980s I was greatly blessed by the monthly circular Herald of His Coming and the many articles from classic authors on prayer, revival and sanctification which it contained. I recently checked, and they are now online! The URL is Herald of His Coming.

Another circular which blessed me during those years was Pulpit Helps. The past issues up to December 2009 are now online: Pulpit Helps, but the circular itself has been superseded by Disciple magazine. 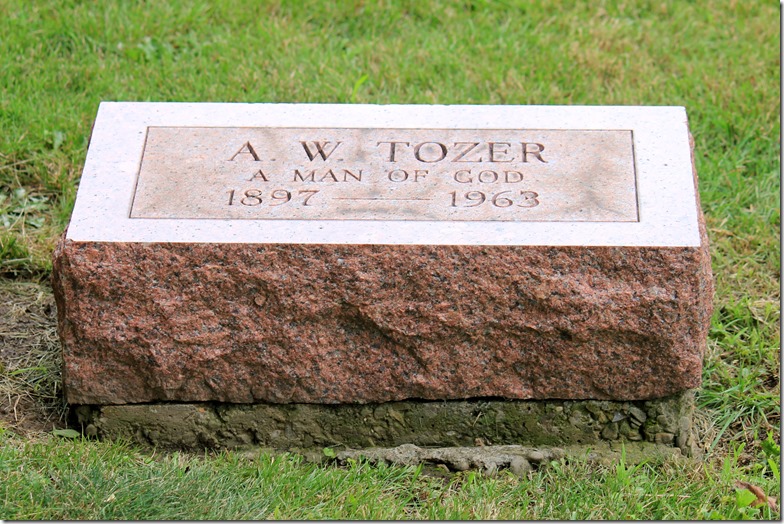 From the Ellet Cemetery behind the North Springfield Presbyterian Church in Akron, Ohio.

My generation was told that there were no long term consequences to smoking marijuana. Here is something that recently appeared that says otherwise:

Samuel T. Wilkinson: Pot-Smoking And the Schizophrenia Connection: Medical research shows a clear link between marijuana use and mental illness.

In other words, the movie Reefer Madness was partially right. The consequences would be neither immediate nor inevitable, but any activity that has a possible long term consequence that 10% of smokers would develop mental illnesses as serious as schizophrenia is definitely to be avoided.

Another common but not inevitable consequence is amotivational syndrome: “Amotivational syndrome is common amongst long term marijuana smokers. Some symptoms include: increased levels of apathy, difficulty in starting new tasks, not accomplishing or not setting goals, decreased concentration, and a tendency toward introversion.” (http://karen-stephenson.suite101.com/weed-out-marijuana-use-a6461, http://www.getsmartaboutdrugs.com/drugs/marijuana.html) So for those who may manage to avoid schizophrenia may find themselves checked out and unable to cope with life anymore. Again, it is quite reasonable to avoid any activity that may result in this kind of life.

I’ve often said that drug abuse – chemical dependency — needs to be recognized as a work of the flesh similar to alcoholism but which is not specifically named in Galatians 5:19-21. The language clearly leaves open that there are other unnamed activities which are similar to the other works of the flesh which can be included: “ . . . drunkenness, partying and other such similar things, which I warn you in advance just as I already warned you that those who continue to participate in such activities will not inherit the kingdom of God.” Marijuana use was known in the ancient world, since Herodotus mentions its use among the Scythians, but it does not appear to have been an issue among the Jews or the parts of the Roman empire in which Paul ministered. So was opium, but it seems to have been used more for medicine. The religious and ritual use of marijuana and opium would seem to be covered under the word translated ‘sorcery,’ (Greek pharmakeia). It seems that the apostle Paul would have mentioned them more explicitly, though, if they were issues that he had encountered alongside the sexual immorality, drunkenness and partying that was endemic throughout all classes of society in the eastern Roman empire in which he ministered. But this does provide more hope for the chemically dependent: that Jesus Christ can set them free and enable them to live a life of victory in sobriety.

Good News for the Chemically Dependent and Those Who Love Them

The National Association for Christian Recovery